Rise of the Underworld 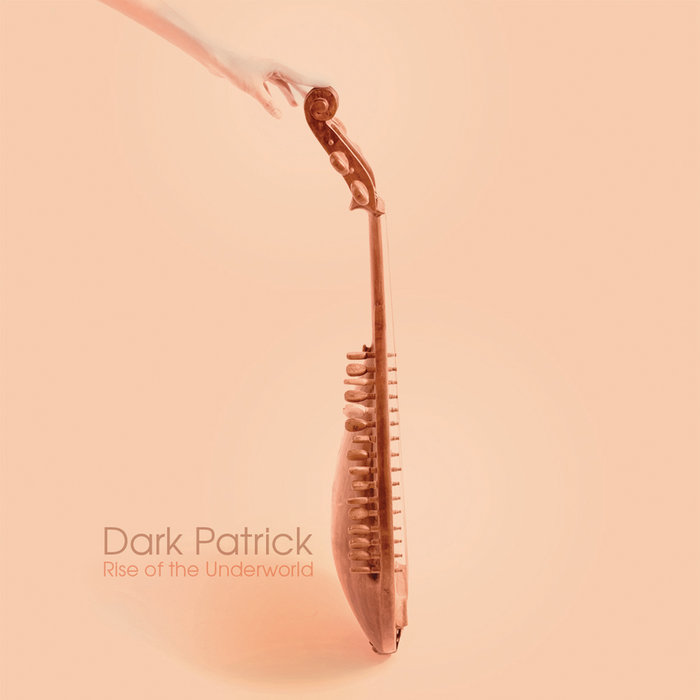 Dark Patrick’s Rise of the Underworld is a cinematic, conceptual album that ably defies succinct labeling and genre classification. The album is a varied jaunt through successive layers of electronic stimuli, ghostly sound effects, ethereal vocals, and lush organic instrumentation, all threaded together into a cohesive whole that would work just as well as soundtrack, background ambiance, or fully immersive listening experience (try listening to it through headphones in the forest at night - recommended).

Dark Patrick consists of Eva Purpurovska and Paul Chilton, who knit together the band’s hauntingly complex sound tapestry out of multiple instruments and elements. There’s a combination of vocals, whistles, harmonicas, hurdy-gurdy, synthesizers, and bandura, as well as various levels of better living through circuitry, resulting in an electronic-inspired stew that rattles and hums at various frequencies throughout Rise of the Underworld’s peaks and valleys. Of which there are many. One of the most innovative and interesting facets of Rise of the Underworld is its propensity to remain true to its inner compass, and the album bends and flows according to an idiosyncratic logic that is fairly personalized in its scope. It’s hard to pinpoint exact influences that aptly mirror what Dark Patrick is going for here, though a safe bet would want to include nods to numerous strata of organic electronica, soundtrack ambient, world ethnotronica, psych and trip-hop. Additionally, the band claims some affiliation to the fertile soils of reggae, dub, and trance as well, all of which work their rooted tendrils into Rise of the Underworld’s compositions at different points. As well, there’s a deliberateness to the compositions here that seem to denote a top-down stylistic and thematic arc, as if the album has a larger story to tell than just the sum of its parts. Though the listener may well simply enjoy the album for its subtle and often entrancing nuances, a well-oiled imagination may tend to start threading the lines of fabric into a larger tapestry of one’s own devising.

Individual tracks on Rise of the Underworld often seem to funnel their own alien headspace, and taken on their own, are vast and mesmerizing landscapes of scale. The opening track begins with the sound of a grainy record on a turntable, overlaid with vocals in Ukrainian. There’s a build-up as the foreboding background swell is augmented by a folky flute whistle, leading eventually into an agitated electro drum line that sounds like some sort of crazed deathmarch, like heavy machinery gone haywire pummeling the previous flute strains into oblivion. Second track “Eamonn an Chnoic” opens with a slowly rolling synth/rhythm line reminiscent of some deluge of sound from Pink Floyd’s The Wall gone awry, opening up instead into layer upon layer of suffocatingly huge electro noise that’s more foreboding and alien than anything ever dreamed up by the aforementioned psy-rockers. The keyboard addition around the two and a half minute mark just serves to cement the hermetic nature of the track, and is gone just as soon as it began, leaving the same chilled and rolling plateaus of fallout in its wake.

“Leaving the Ice Kingdom” starts out all precious and delicate, light and airy after the previous track, running a slow slow build, like coming up out of deep water. By the 2:00 mark, the bubbles finally break the surface, coming up from the depths with strains of melody and harmony ringing clear. “Riddles” opens with a forlorn organ over a vaguely Eastern-sounding melodic backbite, which wades into a lush thicket of electronic beats, bass, and otherwise lackadaisical keyboard plinking and chorus-laden lattices of effects. The overall progression is enclosed and filled out with some nicely played flute lines; a solid track all the way around. Title track “Rise of the Underworld” sounds akin to something like the jungle at night, humming with activity and energy, while “Blessed Strangers” is like the temple at the end of the jungle road, a lunar landscape of a track that has a slightly majestic feel to it, fully layered and expressively voiced by multiple angles of sound and effect. “Waltz for Vera” finds the album coming to a close with something close to how it began, over dusty album crackle and a vague waltz progression that features some ghostly vocals and an overall baroque atmospheric pressure gauge. Nice.

In all, Rise of the Underworld is just eclectic enough to appeal to fans of quite a few different genres, while having a wider applicability to film, stage, and installation piece, to be sure.