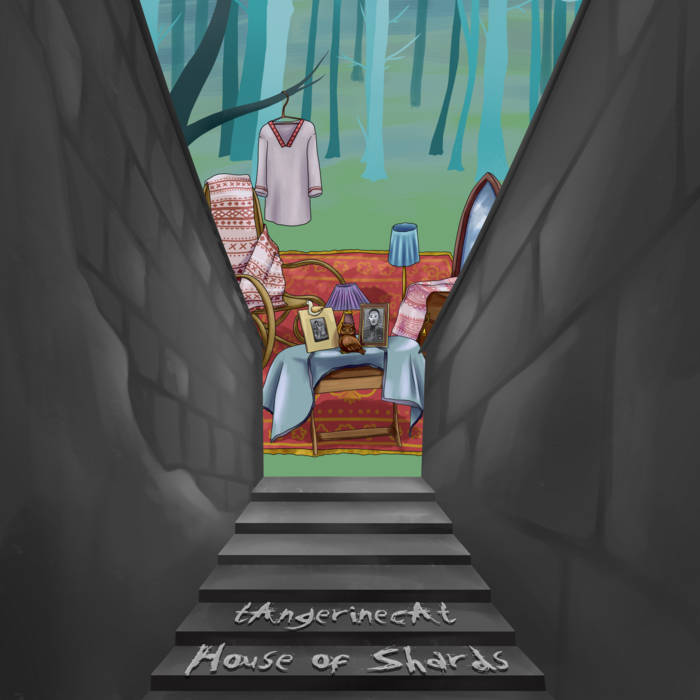 Runa This song is so powerful and full of emotions. I almost start crying when I listen to it. But listening to this song is also a cathartic experience.

Daniel Campbell Hypnotic and crazed..a genre all of its own..a unique sound that I'd love to hear live!

Robert Wallace Lovely little tease for the upcoming album...really looking forward to the rest of it.

“House of Shards” is the second single from the upcoming album Glass, which has received a Help Musicians award to be released in Autumn 2022. It is Based on Eugene’s personal life experiences as a neurodivergent person, severe trauma, acute poverty and Chernobyl disaster survivor, and a queer multiethnic refugee activist from Ukraine.

The accompanying music video filmed by Ray Moody in collaboration with tAngerinecAt is based on a script by Eugene, the video draws out the cinematic potential that many listeners have already noticed in tAngerinecAt’s music, culminating with a sequence of rapid cuts in which Eugene delivers a dizzying performance on the hurdy-gurdy, like a circle dance of uprising ending in triumph. He sings about confusion and disconnectedness, being caught in a dream and trying to find the way out – “lost in a maze of unbeknown parts, where is the exit? Too many guards.” Eugene’s genre-bending vocal delivery, utilizing a wide range of techniques, hits just as hard as the thumping kick drum as the atmosphere grows in intensity. He moves from an almost angry hoarseness in the beginning, before soaring to purer notes in the second part of the song, accompanied by an effect-laden Carpathian bagpipe drone, and heavily delayed vocal echoes that circle around the stereo field similar to a ritual choir.

In this life I have been through too much
I keep finding fragments that don’t match,
memories, pieces that can’t be attached,
glued, assembled, connected with such
randomness… I feel out of touch.

It’s so hard to remember, to accept and smile,
Like you can’t restore the window from it’s shards.
Lost in a maze of unbeknown parts,
Where is the exit? Too many guards.
Wish me take flight at least for a while,

No, not into death,
But just in the dawn,
In beautiful morning,
No loss or forlorn.

In radiant wisdom,
In lustrous sea…
My song will be simple:
“I’m free. Can you see?”

Recorded and mixed at tAngerinecAt studio